What is S23? Is it safe for health? What results can you expect from using this product? What should you know before buying it? You will find answers to these and other questions in the following article

S23 belongs to the group of agents called SARMs (Selective Androgen Receptor Modulators). These agents are known to have a selective effect on androgen receptors, resulting in far fewer side effects than anabolic steroids or prohormones. 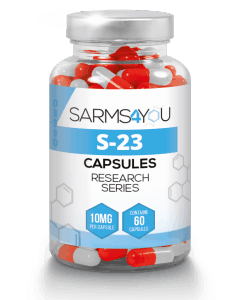 It is rumored that in recent months, a well-known pharmaceutical company – GTX – has started research on this substance. Looking at the number of potential applications, I would not be surprised if it turned out to be true.

GTX is probably interested in one particular ability of the S23 – to block semen production. S23 may be an alternative to female contraception and the f

Rat studies show that within a few days of starting the S23, the animals became completely infertile. This effect was completely reversible shortly after the discontinuation of S23.

So far, studies have confirmed the ability of the S23 to increase strength and accelerate muscle mass building without androgenic side effects. This substance also allowed to burn fat tissue much faster. What is more, a reduction of the prostate was observed during the use of this product, which is excellent news for people with this problem.

As a result of these advantages, S23 has been gaining great popularity among athletes all over the world in recent years. However, it should be remembered that most of the current studies were conducted on animals, and their results do not always translate 1:1 to humans.

Unfortunately, although SARMs usually do not have any side effects or have ones that are not very troublesome, in S23 case it looks a bit different. Despite its selective effect, this substance affects receptors in a way that can be quite bothersome. 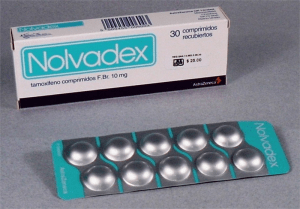 While most SARMs do not affect HPTA, in the case of S23, the situation is different. Unfortunately, in most cases, the S23 cycle requires PCT.

Of course, PCT is by no means scary, as many people imagine it. It basically involves taking SERMs over a period of about a month. These drugs stimulate the pituitary gland, increasing the production of LH and FSH, and thus indirectly testosterone and other hormones.

The most commonly used SERMs for PCT are Clomid and Nolvadex. Personally, I prefer the latter because Clomid may cause estrogenic side effects in some people.

Nolvadex should be used for PCT purposes for about 4 weeks after the discontinuation of S23 in a dose of 20 mg per day.

You can buy pharma-grade Novalex here (they do not send to North America).

If you live in North America, you can buy Nolvadex from SwissChems.

The doses used in the studies range from 0.5mg to 50mg.

However, most bodybuilders decide to use 20 or 30 mg daily.

S23 is quite a strong agent. Personally, I would suggest to start rather slowly and not exceed 20mg per day.

The half-life time is about 12 hours. This means that the daily portion should be divided in half in order to maintain a stable concentration of the substance in the blood.

S23 is often combined with other SARMs. Personally, I think it’s a much better idea than a reckless dose increase. An example of a cycle with S23:

S23 before and after

Unfortunately, most of the products advertised as SARMs have little to do with what’s on the label. A large number of products on the market instead of SARMs actually contain steroids or prohormones. An equally common case is the smaller amount of agent in relation to the label, caused by the high price of SARMs in wholesale. For this reason, SARMs should only be purchased from reliable sources that have a certificate of analysis for each product offered, issued by an external laboratory.

One of the most popular SARM stores in the world. In recent months it has been gaining popularity, especially among Reddit users. The offer includes SARMs only in the form of solutions. Unfortunately, the bottle does not come with a pipette. You have to buy a syringe yourself (they are available in their shop) or another device for measuring liquids. They are the only ones to publish a certificate of analysis for each product directly on their website. There is also a contact phone on the website, so you can usually get answers to any questions within a few minutes. Shipping from the USA.
Link to their website

Relatively new store. It is not very popular at the moment. It is most likely caused by the fairly high prices of offered products. The offer includes SARMs in form of capsules and injections. Apart from SARMs, they also sell PCTs, peptides, and drugs for erection problems. For each product, you can receive a certificate of analysis by e-mail. Shipping from the USA.
Link to their website

Does S23 cause hair loss?

We currently have too little data to determine whether S23 can cause hair loss. None of the studies conducted so far have indicated that it could have any effect. However, I have encountered a few reviews in which users of this product have claimed that it causes hair loss.

If you have a problem with MPB, I would advise you to try first the products that are considered completely safe for your hair or to include finasteride/ RU58841.

Do I need PCT after cycle?

It depends on a number of factors, including the length of the cycle and the doses used. Personally, I would suggest using PCT as a preventive measure. PCTs drugs have no additional side effects and will help you to get back to normal much faster and maintain more muscle gained during the cycle.

At the time of writing this article, S23 is legal in the USA and in most countries of the world. However, the substance is included in the WADA list, so it cannot be used by athletes taking part in competitions.